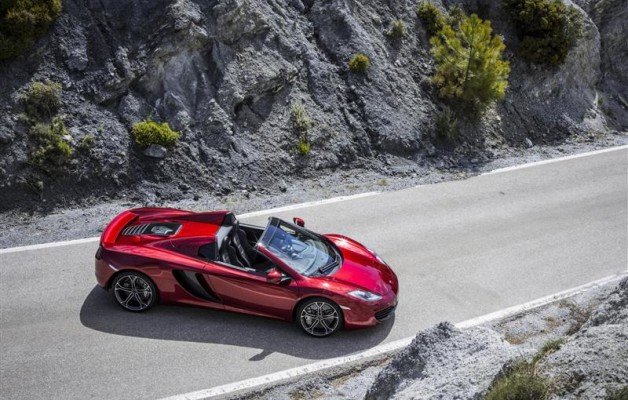 
McLaren Automotive Division has launched spider version of the MP4-12C supercar. Mclaren has already started taking orders and the delivery of the first cars to customers will begin in November 2012. The MP4-12C spider is available in all colors and options that were introduced in coupe version. 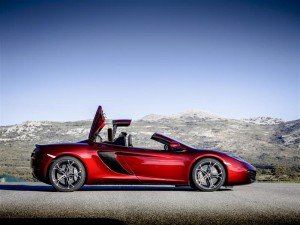 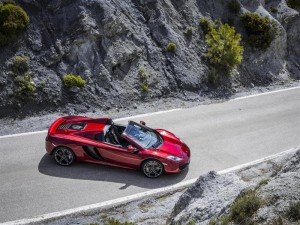 McLaren MP4-12C Spider has a folding roof that retracts in a special compartment behind the rear seats. The entire procedure takes 17 seconds and can be performed at speeds up to 30 km/h. Like the coupe, the engine can be seen through a transparent cover. Behind the headrests of the seats is a small transparent deflector whose height can be varied electrically. It reduces the turbulence caused by the air inside the cabin when driving topless. Folding mechanism adds mass of 40 kg, compared with the coupe, so now the Spider weighs 1549 kg. However, the automaker has assured that controllability of the car is not inferior to the car with hard top. According to McLaren, the MP4-12C was designed from scratch to meet the structural requirements of a convertible, so it has not needed to receive reinforcements, with the carbon fiber monocoque “MonoCell” coupe stiff enough. 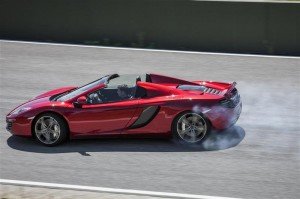 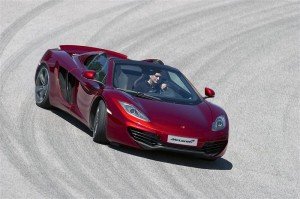 The engine of the MP4-12C Spider is the same as the coupe, that is, a V6 with two turbochargers, 3.8 liter displacement and 625 hp is linked to an automatic gearbox with double clutch 7-speed and traction control providing acceleration from zero to hundred in 3.1 seconds, the same as the coupe. It takes 9.0 seconds for spider to reach 200km/h (8.8 sec for coupe). Maximum speed attained by supercar is 329 km/h (with raised roof) 4 km/h lower than the coupe. The market price of McLaren MP4-12C spider in UK is 1,95,500 pounds, which is 20,000 pounds more expensive than coupe, but at 300 pounds cheaper than its main competitor – the Italian supercar Ferrari 458 Spider Italia.

From "Ry Cooder & The Moula Banda Rhythm Aces: Let's Have A Ball", a film by Les Blank taped at The Catalyst, Santa Cruz, CA...read more →

Aston Martin has officially unveiled new Vanquish supercar, who came to replace the ageing DBS. According to the automaker, the new product has surpassed its...read more →