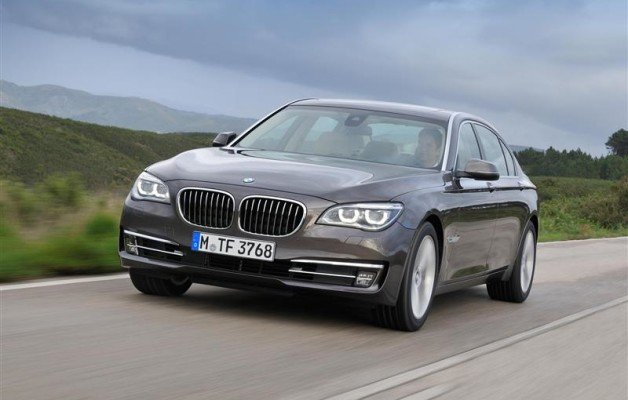 
Nearly four years after the debut of the new BMW 7 Series, the Bavarian automaker has prepared an updated version of its flagship sedan as 2013 7 series. It has received a number of technical and external changes, as well as upgraded interior.

Redesigned BMW 7-series sports a new LED head optics as well as different front bumper. Front grille is retouched, which is now at nine vertical bars instead of 12. In addition, the car has got a chrome strip on the rear bumper and revised indicators repeaters in the mirrors. The outer dimensions of the BMW 7 Series have varied slightly. Measuring 7 mm in length both in the regular and long wheelbase versions.The width excluding mirrors does not change but the height is decreased by 9 mm. 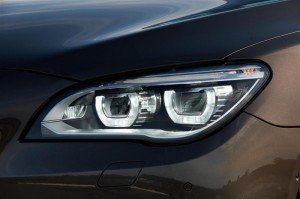 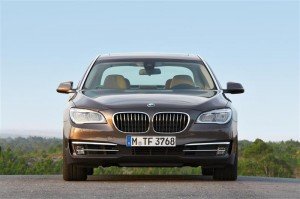 BMW 7 series is equipped with updated interior which consists of new design front seats, a new 1,200-watt Bang & Olufsen surround sound system with 16 speakers, and an optional rear seat entertainment system is offered with two 9.2-inch monitors. The conventional instrument panel (indicator needle) may be replaced by a digital display of 10.25 inches which display infomation such as speed, fuel tank level, etc. This screen provides some color and graphics themes which driver can configure. There is a new centre console also known as Display control which has the ability to display three-dimensional elements. 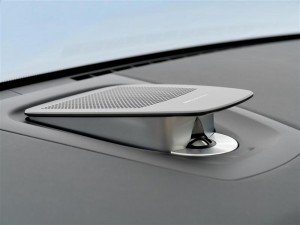 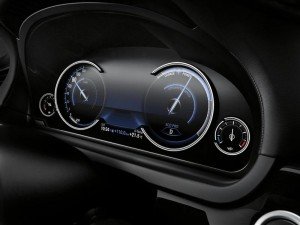 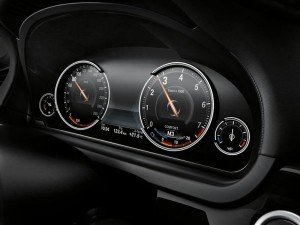 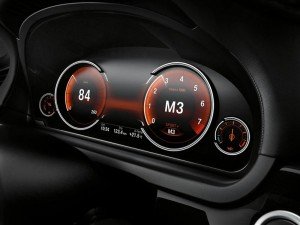 The Engine Range of new BMW 7 series consist of three petrol versions 740i, 750i and 760i. Three diesel versions 730d, X-drive 740d, X-drive 750d and hybrid version of the sedan ActiveHybrid7. All versions are equipped with eight speed automatic gearboxes, versions 750i, 740d and 730d can opt for the “xDrive” AWD system. The 750D comes with standard xDrive system.

The 740i engine is new. It has a 3-liter six cylinder twin turbocharged direct injection engine developing 320 bhp and 450 Nm of torque. The average consumption is 7.9 liters/100 km which is 2 liters less than the previous 740i. The 750i version retains the same V8 engine, but has been modified to give more power (450hp in place of 408 hp) and consume less (8.6liters/100 km compared to 11.4 liters/100 km). The engine of the 760i version deliveres same 544 hp but its consumption is reduced one tenth
compared to the previous version and now consumes 12.8 liters/100 km. 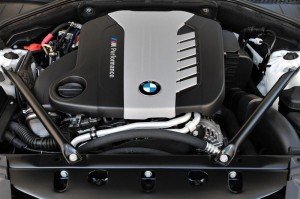 The ActiveHybrid version 7 uses the gasoline engine of 740i (320 hp) and an electric motor of 55 hp with total output as 354 hp. Therefore, it has less power than the previous ActiveHybrid 7 with 472 hp. The most significant is the fuel consumption which is now noticeably less 6.8 liters/100 km as compared to 9.4 litres/100 km.

The new 7 series will be launched this year in late summer and will compete with Audi A8, Jaguar XJ and upcoming Mercedes Benz S class.

The most powerful and most sporty M5 is about to hit showrooms very soon. It has 4.4 liter V8 twin turbo motor that produces a...read more →

The all new BMW 3 series 2012 F30 is the sixth generation sedan which will replace previous model launched in 2005. It is one of...read more →